Barbara was in her late 60s when a fall off her roof left her paraplegic and changed her life dramatically. Now, more than three years on, she is living independently in her own home with the help of Envigor.

Barbara had just finished painting on the roof of her house when she noticed a tree branch in her gutter.

“I thought ‘that tree branch is in that gutter’. So I grabbed it, but it was bigger than I realised and it ricocheted, went forward and back, turned me upside down.”

While the fall from her roof was only three metres, the force from the tree left her with major injuries.

“Luckily I had my phone with me and was conscious so I was able to call my daughter and tell her to call an ambulance. I broke my neck and my back. ”

What followed for Barbara was a 12-month recovery in hospital and due to her tracheotomy, she could not even leave her hospital ward without nursing staff present.

“I had a lot of fights with authority and finally I was allowed to come home because I said ‘I’m not going into a nursing home. I said ‘just forget it, I’m not a nursing home person!’.

Barbara receives a Level 4 Home Care Package and has been receiving care from Envigor Logan for almost 18 months. She has three regular carers – Zenyl, Lydia and Lucy and deals direct with Envigor Community Care Business Partner Sam Hearn to organise her services.

Envigor provides personal care services for Barbara, including a carer every morning for 1 ½ hours, seven days a week, and ½ an hour every evening except for Sundays. On Sundays Barbara’s friend and carer Debbie comes to stay for dinner and helps with the night time routine.

Barbara says the morning routine offered by her Envigor carers has helped her with consistent support she can rely on.

“The girls come in at 7 o’clock and they make me a cup of tea. They get the washing on and do a few dishes and then we get ready for a shower. I shower myself so while I am in the bathroom they make the bed and change the sheets – a general tidy up. Once I finish the shower, they help me get dry and dressed and give me a bit of a massage because I have a lot of nerve pain. That’s the best two minutes of my day.”

“The 90 minutes goes just like that,” says Barbara as she clicks her fingers.

While her early morning appointment time is born out of necessity, Barbara says that having this set appointment time every morning is an essential help to her and having carers who know her well makes things easier.

“I’ve had to ask for a regular time each morning, because of the bathroom situation. The help I get in the mornings is essential to me as I can’t expect family to do that for me. Not just the time, but the physical work. It’s not something that they could do.

“Technically I’m quite used to it, but mentally I try to get used to the fact that somebody is coming in, dressing you, literally wiping your bottom. You’ve got to feel comfortable with them.”

This comfortable feeling with her carers has extended into support and care outside of work hours with Barbara’s Envigor carers supporting her fundraising efforts when she needed a new wheelchair.

Barbara has settled into life back in her own home with home modifications that allow her the freedom and independence to get out and about.

“Gardening is my thing. I like going to the movies. I like Netflix and TV. Walking the dog, going to the shops,” says Barbara.

“The shopkeepers all know me and they’re very good and the library is very near and it’s good there. There are lots of things around that I can go to. Buses and trains are close as well – just 10 minutes to the train station in my wheelchair.”

Join thousands of others in getting informed about home care. 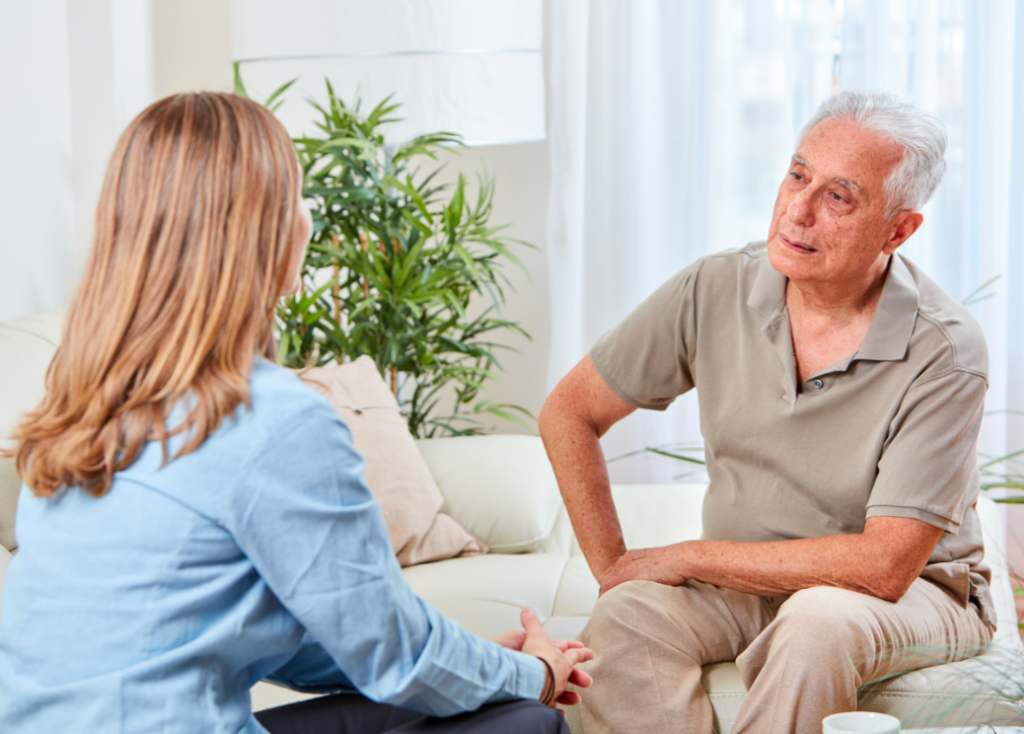 Signs that your parent is struggling at home

For those with ageing parents, Christmas can be the one time of the year where you spend extended amounts of time together. It’s during these…
All articles loaded
No more articles to load
PrevPreviousHow to change home care providers
NextAngel delivers care with respect in IpswichNext

Find out how to get more care with Envigor

Call 1300 368 446 to speak with your local Envigor care partner or complete the form below.

Join thousands of others in staying up to date with home care topics and news.